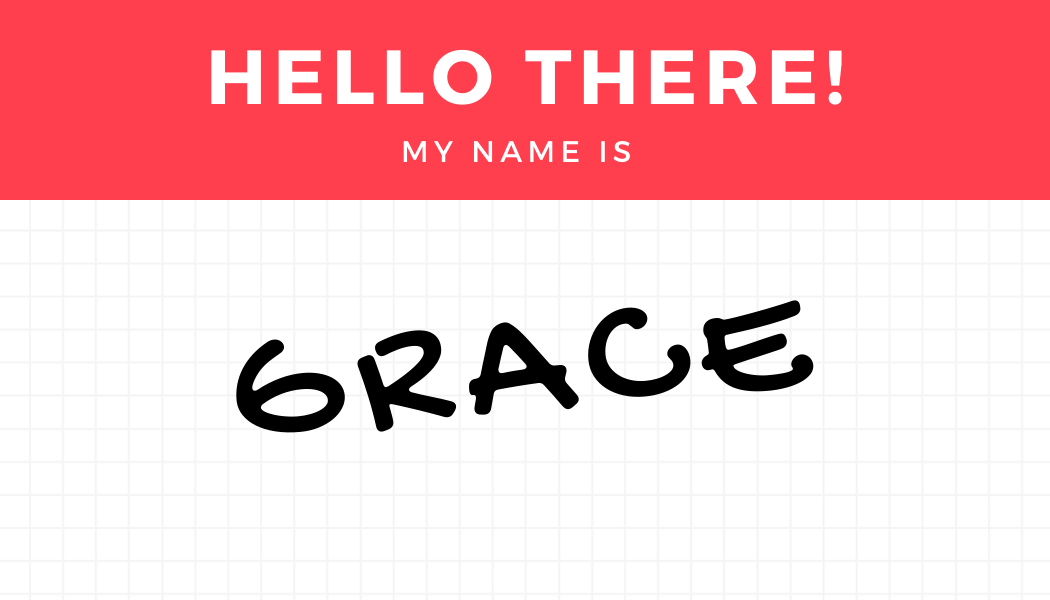 Now the Lord God had formed out of the ground all the wild animals and all the
Birds in the sky. He brought them to the man to see what he would name them;
and whatever the man called each living creature, that was its name. ― Genesis 2:19

Let love and faithfulness never leave you; bind them around your neck, and write them on the tablet of your heart. Then you will win favor and a good name in the sight of God and man. ― Proverbs 3:4

A name represents identity, a deep feeling, and holds tremendous significance to its owner. ― Rachel Ingber

Remember my name and you add to my feeling of importance. ― Dale Carnegie

I identify with comedian Don Adams who said, “I am a quick study—I can memorize a script in an hour—but I can’t remember a name three seconds. I’ve even forgotten my wife’s name on occasion.”

I’ve played all kinds of mind games to get myself to remember people’s names, but then I can’t remember the mind trick I used to do it. Much to my embarrassment, there have been times that I have muttered under my breath what I thought was someone’s name when greeting them just to try to appear that I knew what to call them.

Did I say that I have a terrible time remembering people’s names?

Dale Carnegie, author of How to Win Friends and Influence People, one of the most popular self-help books of all time, made a big deal out of remembering people’s names, and rightly so. He said, “The name sets the individual apart; it makes him or her unique among all others. The information we are imparting or the request we are making takes on a special importance when we approach the situation with the name of the individual.”

I’m bringing all this up because I want you munchkins to make sure remember people’s names as you go through life. So far, you seem to be doing a great job. When I ask you who your favorite friends are at school, you rip off a lengthy list of your schoolmates’ names rather than say, “I don’t know, I just like ‘em.”

Good for you, and make sure you keep it up!

I want to further challenge you to avoid calling people derogatory names.

There are four versions of doing this I want you to avoid.

First, don’t take someone’s everyday name and turn it into a derogatory nickname, like calling someone whose name is Art, Fart, or whose name is Bob, Slob.

Third, don’t take where someone comes from and turn it into a derogatory nickname. There’s actually a federal government task force that was commissioned to replace all derogatory names based on our country’s geographic features. One of the first names they went after was “Squaw” given that it is a racist and sexist slur.

And, Fourth, don’t call people overtly derogatory names. The PG version of this is don’t call someone a “Loser,” “Jerk,” “Wimp,” “Stupid,” or “Idiot.” I can’t go into the R-rated version of what not to call people, but you know what I’m referring to.

Some people feel that we are taking being “woke” to an extreme these days, especially when it comes to the names we call people. I don’t think we can be too woke about it. Names matter, and it is important to be respectful and not take someone’s name and turn it into something derogatory. It that’s being too woke, I’m all for it.

The flip side of all this is I don’t want you to allow people to call you derogatory names either.

If someone calls you a derogatory name, call them on it and ask them to stop. If they don’t stop, tell someone in authority and have them deal with it.

I want to formally apologize to you that I have called you “Nose Miners,” “Poopy Pants,” and “Ankle Biters” during your time on this planet and will refrain from doing so in the future.

I want to go on two quick bunny trails here for a minute.

First, I chided you in the opening chapter about the nicknames you have given me. I mentioned that you called me everything from Poopy Pop to Poopy Head to Pop Fart because you have an inordinate interest in all things scatological (a strong interest in anything having to do with pooping).

Thank you for not calling me those names anymore, at least not as often as you used to. I feel so much more respected that you now call me Pop 99.5% of the time.

Second, I want to take this moment to apologize to all the people whose names I have butchered in this book. Believe me, I did everything I could to find the proper pronunciation of these people’s names out of respect. With very few exceptions, I was unable to find how to pronounce their names and tried to do the best I could.

One final thought, while I want us to be more sensitive about the names we call people, I don’t want us to be too sensitive. For example, when I came into the world, one of my older brothers couldn’t pronounce my name and called me “Crick.” That name stuck and is what I was called growing up. I actually liked it for a while. But, when I got older, I didn’t like it anymore and especially didn’t like being call Crick in front of my friends. So, I asked everyone in my family to switch back to Chris, and that’s what they’ve called me ever since.

Okay, that’s enough for now. I’ve been all over the map to some degree on this issue of remembering people’s names and avoiding calling them anything derogatory or disrespectful.

I think you get the point.